This article appeared on the Globe and Mail’s Facts and Arguments page.


An Exquisite Absence of Stimulus
Silence has a way of coaxing us away from constant doing and into a more salubrious state of “sitting quietly, doing nothing,” as the famous Zen poem recommends.
by Carolyn Bateman 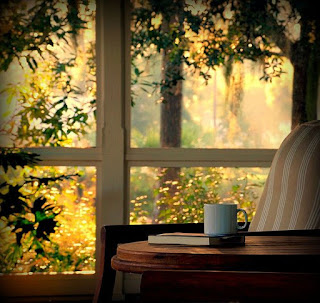 The experience is intense. Even dense. Like a thick fog. Is something muffling the sound and I just can’t hear? For a split second I wonder if I’ve gone deaf. There is something completely unrecognizable about what I’m hearing. Or not hearing. After more than a year of living on a busy street, I have forgotten what this is. Silence.
I’m spending the day at a friend’s townhouse while she and her husband are away on vacation. No cars, since this is the end of a quiet cul de sac, in a quiet part of a suburban city in the Lower Mainland of British Columbia. In contrast, I live only blocks from what is ground zero for Vancouver’s busy west side. My street is a crowded commuter thoroughfare feeding onto the even more crowded Granville Street Bridge. Police, fire engine and ambulance sirens (I’m intimately familiar with the difference), car horns, boom cars, car alarms, Harley-Davidsons without mufflers, leaf blowers, even the occasional crunch of metal and glass all perform a symphony outside my double-paned windows.
When my husband and I had to leave our apartment in a peaceful older neighbourhood of Vancouver a year and a half ago, “quiet” was on the top of our most-wanted list. But this apartment had it all: hardwood floors, enough space for two offices, a cat-friendly policy (almost unheard of in the pet-phobic rental market here), immaculate maintenance, delightful owners who live in the building, character touches like leaded glass French doors, mature trees outside the windows and wood moldings. Yup, it had everything. Everything that is except quiet.
Now here I sit in my friends’ suburban townhouse watching a squirrel make flying leaps at their birdfeeder while a clutch of little birds hunt and peck underneath. The furnace isn’t on. Neither is the stereo or the television. No air filters. No wheeze of a computer. No insistent ring of a telephone. Just emptiness; an exquisite absence of stimulus. A rich depth of potential in a wide, expansive void.
A few tears trickle from my eyes and feeling slightly foolish I brush them away. But even as I do I can feel my whole body start to relax. No sound means no threat of danger to that primordial creature who still lives in the depths of the human brain. The sadness comes from realizing I had completely forgotten what silence sounded like. How it holds so much in its emptiness. I once heard a Tibetan monk say that all things were an expression of emptiness, not born and not destroyed. I hadn’t a clue what he meant at the time, but now, sitting here in this exquisite quiet, I think I might have an inkling.
How had I ever thought
I could live without silence?
I told myself I’d get used to it and in some ways I suppose I have. But in a deeper sense that “getting used to it” mentality covers up a wide range of societal ills that many of us have simply become inured to. And it’s Myth No. 1 in the Sound Wars. “We can cut off the sight of the outside world by closing our eyes,” say the folks at the Vancouver-based Right to Quiet Society (www.quiet.org), “but hearing is a 24-hour-a day system.” Whether or not we are actively listening to the barrage of noise that surrounds us, our ears busily transmit signals to the brain and the nervous system. And believe me, from where I’m usually sitting, between a hospital and a fire station, my ears have lots of signals to transmit to the nervous system.
These days much is being made of the notion that Vancouver has no nightlife, but after a recent bout of insomnia I beg to differ. This city—any city—never sleeps. By the time the late-night revellers have stumbled to their cars and roared off into the night, the early morning service vehicles are speeding into the city’s core with another day’s supplies. By some estimates, urban noise is doubling every 10 years. Air traffic is increasing by 5 percent every year. Municipal officials seem powerless to either enforce existing bylaws or create new ones to regulate such peace-shattering devices as leaf blowers, jet skis and unmuffled motorcycles. Emergency vehicle sirens are increasing their decibel levels to be heard over the din.
Inside it’s not much better. Restaurants, shops, bars, airports, in fact most public buildings assault patrons with a continuous and unnecessary panoply of piped-in radio, Muzak, video broadcasts or all three. They’re worried, of course, that given even a few seconds of silence we might retrieve control of our minds and walk out again without spending any money.
The squirrel is now on top of the birdfeeder and is busily forcing as many seeds into its fat little mouth as it can. I had come here to try to write some poetry, but the silence is so entrancing and the antics of the creatures outside so entertaining that I make myself a cup of tea and just sit and stare out the window. Could that be why we create so much noise in our world? Because silence has a way of coaxing us away from constant doing and into a more salubrious state of “sitting quietly, doing nothing,” as the famous Zen poem recommends. Outside, a gentle rain has begun to fall, but it remains as quiet and still inside the townhouse as when I first arrived. I pour myself another cup of tea.
Carolyn Bateman is an editor, communications consultant and poet trying to lead a quiet life on a busy street in Vancouver.
Home
Subscribe to: Posts (Atom)